My second BIG literary crush came from my first reading of Haunted. Wow. What a book that is.

I was at the Cheltenham Literature Festival a few years ago and I heard two male students commenting that once you’ve read one of Chuck Palahniuk’s novels, you’ve read them all. But he has a very unique and engaging style and his stories, even though very off the wall at times really are well written and researched. They’re also so out there and mental that they can’t possibly fail to entertain and make you think about humanity and the darkest aspects of it.

Haunted is not so much a novel, but an anthology. A mixture of stories and poems and it does exactly what it says on the tin. It haunts you. Stays with you long after you’ve put it down. It is a book of 23 short stories all linked together by the characters and their situation in common, a writers’ retreat that has gone horrifically wrong.

When the book was first released in 2005 Palahniuk embarked on a book tour which saw people having day terrors, fainting and vomiting during the readings of a particular gruesome and well known scene in the opening chapters. A girl who was apart of his writing workshop in his hometown of Portland had to have therapy about one of the stories and Chuck himself commented that “Some fears are so threatening that we can’t allow them into our minds. My goal is to cross that line, depict the fears we can’t face.”

Haunted is definitely a shocker. In some parts I laughed, cried, winced and got chills and there were some that left me feeling nauseated. It is masterfully crafted and one any cult fiction follower MUST read. 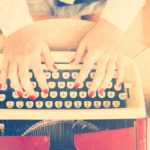 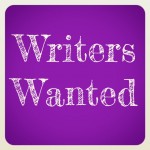